Ian McLagan & The Bump Band were in top form last Tuesday night at BB King's in NYC. In fact, I'd have to say they were the best I'd ever seen them. Earlier that day, Mac's latest album, 'Never Say Never' was given its offical release on 00:02:59 and from it, he played its title track, 'I Will Follow', 'Little Black Number' and 'When The Crying Is Over'. The rest of the set was pulled from all stages of his illustrious career including his art-school group, The Muleskinners (a Rev. Gary Davis tune), stints with the Small Faces ('Get Yourself Together') and The Faces ('Cindy Incidentally', 'You're So Rude', 'Glad And Sorry') plus 30 years of solo work ('Little Troublemaker', 'Judy Judy Judy', 'You're My Girl', 'Date With An Angel', 'Temperature' and his touching tributes to Ronnie Lane, 'Spiritual Babe', 'Kuschty Rye').
Ian McLagan & The Bump Band
"Kuschty Rye"
Ian McLagan (keyboards, vocals)
Don Harvey (drums)
Mark Andes (bass, backing vocals)
'Scrappy' Jud Newcombe (guitar, backing vocals)
BB Kings, NYC March 3rd '09
Not many things sound better than a Hammond B-3 through Leslie cabinet and Mac coaxed, teased, pulled and squeezed all the best notes out of his, ahem, purple monster while drummer Don Harvey, bassist Mark Andes and guitarist Jud Newcomb each showed why they're one of the best outfits on the road today. CBS TV's Sunday Morning music correspondent Bill Flanagan paid his respects, and I spotted Damn Fine Day's Scott Schinder and Arnie Goodman from (the ever-tastier) Elmore magazine amongst the super-appreciative crowd.
Earlier Mac told me he'd just had some surgery in the UK but you wouldn't have guessed, as his voice sounded better than ever. His sly cracks aimed at the Rock & Roll Hall Of Fame (Madonna? Faces support act, Black Sabbath??) drew laughs from the audience and his winning banter made it seem like we were in a west London sitting-room with a bunch of mates. He mentioned that rehearsals for the proposed Faces reunion were fun and went well, although - apart from a rumoured get-together at a future Ronnie Wood show - there's nothing in stone. Everyone's waiting for Rod...including us.
Still, it's not as if Mac has an empty sheet. This tour runs until the end of March, returns to Austin for some SXSW dates and his regular Thursday night Lucky Lounge residency before picking up again for a west coast swing at the end of April/beginning of May. And he's still in high demand as a session player, so catch him when you can. Ian and his Bump Band are a brilliant reminder of bygone days when musical chops and solid material were a fundamental part of being allowed onstage and, of course, a time when rock & roll was more about fun than anything else
Bless ya, Mac...good to see ya. 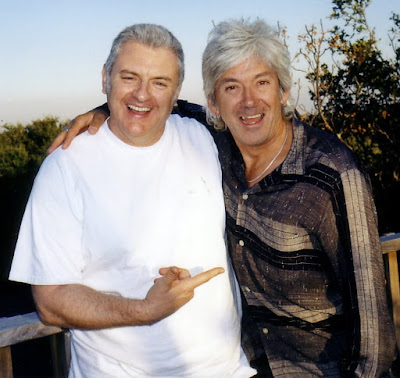 Thanks Howard, you rock! Lovely to meet you. Great video and review from BB's. What an amazing night! :)

So when's the dates for the reuni?

I assume the Lucky Lounge is in Austin? Love this post - still love the one and only Mac LP in my collection...

yes, Mick, The Lucky Lounge is in Austin and, when he's not touring, Mac and the band play there every Thursday night. It's a blast.

Who knows where to download XRumer 5.0 Palladium?
Help, please. All recommend this program to effectively advertise on the Internet, this is the best program!

Tear down the statue of SRV in Austin and put one up of Mac. What a treasure.