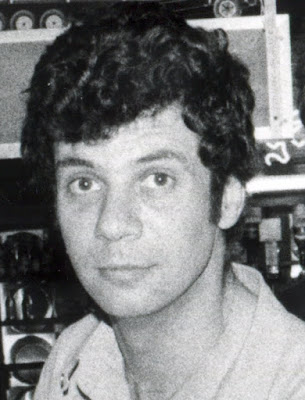 NoFoSo Alb o’ The Week:
The Shazam: Meteor (Not Lame)

Y'are THE VERY BEST RADIO STATION ON ANY FUC*KING FORK!!!

Happy Birthday...enjoyed reading the links. I met Doug in the mid seventies, he had a band called State Line. His office in Great Western Road was an archive of what was fast becoming another era and Doug let me use a desk for a few months and help out...and what a few months. Doug was a 24hr enthusiast, great to be around - Motorhead got revived, thanks to Ted Carrol for a 12" single, Doug got involved with Whirlwind , Doug was European agent for Lieber Krebs - so he had Aerosmith headline at Reading, a tour by Ted Nugent, Black Oak Arkansas...plus 2 tours for Motorhead with Hawkwind (Motorhead sold a huge amount of what is now a classic shirt). Downstairs Richard Ogden was managing the Motors plus doing PR. The office was a thouroughfare for the who's who of Ladbroke Grove culture, Magic Michael, Barney Bubbles, Twink and so on.

I came to find NFS originally by looking for names such as Doug's.

Did you ever hear the Magic Michael demos done with Eno? very interesting and original, despite his hippy background he moved on - we had a short lived punk band called the Necromats, he was Mr Charisma!

Twink also did punk..the Rings and Psyhcadellic Punkeroo! he also acted and did an impressive Uriah Heep (Dickens) on tv.

thanks for the note. I used to visit Great Western Rd quite often so I'm pretty familiar with most of the things you talk about. I didn't know about the MM/Eno tapes...was it done for Island, Obscure or EG Records??

The tape I heard was never for release, I guess. From memory it was only 2-3 tracks, but one in particular stood out because he whistles the melody for a few bars and the lyrics are a more like a spoken dialogue from Shakespeare. It was to me commercial, but then the mid 70's were the pits for originality - this was a pre-Stiff era.

I made a demo of 3 great tracks on my revox, but never took it further - I admitted him to St Marys with a liver problem he was tying to cure himself - after that when I bumped into him he was a bus conductor...the singing conductor, as he told me!

Michael had charisma and charm, an event to meet - I never sussed he was an old hippy - I knew the stuff about the roundhouse and the film, but the guy I met was sharp - he wore a mohair suit, short hair, looked 'spot on'.

I put him on at the Speakeasy with his band called Necromats that never got recorded. This was all around 1977, the same time that Motorhead recorded for Chiswick, the Eno stuff must be at least 2 years before.

Whatever happened to him.

Graham - are you, by any chance, related to Larry?

Nice article you got here. It would be great to read more concerning this topic. Thanx for giving that information.
The only thing this blog miss is such photo like on california escorts :)
Sexy Lady
Russian Escorts London