At Trident, during the early 70s, one of our disc-cutting clients was WEA (London). We would cut the parts needed to manufacture most of the Warner Bros, Atlantic, Elektra and affiliated labels' albums. Usually my senior colleagues, Bob Hill or Ray Staff, would divvy up the work. They'd get to do the Stones, Led Zeppelin, The Who, Clapton, Elton John, Queen and I'd get the stuff they didn't like, didn't want, or couldn't be bothered with, which suited me fine because I'd get the albums by Ry Cooder, Bonnie Raitt, Flo & Eddie, Randy Newman, Dennis Linde, Little Feat, John Cale, Paul Kelly, Graham Central Station, Tower Of Power, Van Morrison, Captain Beefheart, Bobby Charles, Sparks, Todd Rundgren, David Ackles, Tim Buckley, Frank Zappa and The (Detroit) Spinners, all of which ended up with my mark etched into the run-out groove of their records. 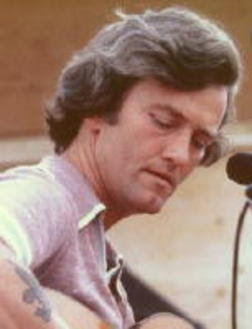 When Mickey Newbury's ''Frisco Mabel Joy' showed up, it was like a beacon shining through the fog. Its pristine sound, soaring arrangements and exquisite Dennis Linde production served as a tutorial in the art of record making. But it's all about Mickey whose sad, sweet tenor cuts a swathe through all the crap, and his songs - little movies, meticulously crafted, transporting you to places rich in profundity yet steeped in melancholy. Spooky, ethereal choirs, thunder and rain effects, wind chimes, 'orchestral strings' (comprised of modified electric and pedal steel guitars) and haunting train whistles made his records an 'experience' you could practically walk into. 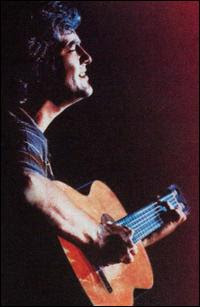 It's no wonder Kris Kristofferson calls him a 'hero'. Bob Dylan paid his respects by visiting Mickey on his houseboat while recording 'Nashville Skyline' and people like Roy Orbison, Jerry Lee Lewis, Elvis Presley, Johnny Cash, Nick Cave, Ray Charles, David Allan Coe, Waylon Jennings, Etta James, Tom Jones, BB King, Willie Nelson, Phish, Gene Vincent, Scott Walker are amongst 1,000+ other singers who've covered 127 Newbury compositions. (For a complete list of who did what, click on "discography" at www.mickeynewbury.com)
When Wesley Rose, (son of Fred Rose, who founded Nashville's pre-eminent publishing company Acuff-Rose) signed Mickey to the company in 1964, he described him "as modern as tomorrow and as traditional as yesterday" and, as far as I know, he's the only guy to have written 3 #1s and a #5 in 4 different formats, simultaneously. Easy listening: Andy Williams 'Sweet Memories', Pop: Kenny Rogers And The First Edition 'Just Dropped In To See What Condition My Condition Was In', R&B: Solomon Burke 'Time Is A Thief' and Country: Eddy Arnold 'Here Comes The Rain'.
And as a singer, he makes (your favourite here) sound like Elmer Fudd.
Let Johnny Cash testify. 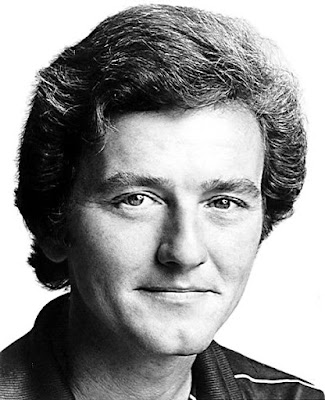 I went to see him (Oct 20th '72) at the Queen Elizabeth Hall when Elektra showcased him alongside Harry Chapin and Plainsong. Just him and a guitar. He was mesmerizing. In June '88, I caught Mickey and violinist, Marie Rhines at the Roxy in LA and later, Mickey (solo) at the Bottom Line in NYC, where I introduced myself and he graciously filled out tabs for my jukebox. He was friendly and we struck up a dialogue which would, periodically, result in him sending me tapes of shows he'd done. 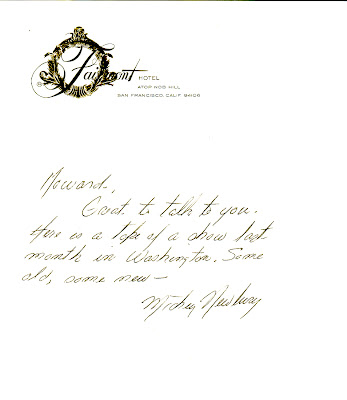 Sometimes he'd call, hoping that there might be a way we could work together. I remember he wanted to make an album of Stephen Foster songs. He was gracious when I asked who Foster was. After he explained he was the "father of American songwriters" - boy, did I feel ignorant - I told him I'd prefer new Newbury songs. The last couple of times he called, he sounded weak over the phone. It was as if his strength had been sapped away but he seemed positive, even optimistic. I didn't know he was battling pulmonary fibrosis, a terminal lung disease. It finally claimed him in 2002, and America lost one of its most talented sons.
A couple of weeks ago, I was trolling through Amazon to see if there was anything new in the newbury canon and found a biography listed - Mickey Newbury: Crystal & Stone. 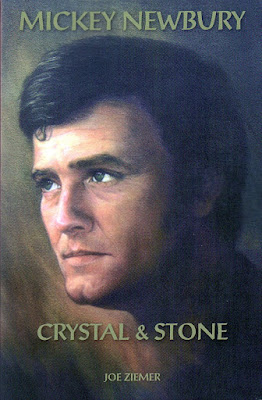 The book is well researched, and full of interesting facts. The music business saw Mickey as 'difficult', but that's because he had a secure vision of who and what he was, and would never sell that out, no matter how much money was on the line. He comes across as a man dedicated to his craft, nurturing to others and, above all, a humble, loyal, loving family man.
Towards the end of the book, I was astounded to read he went into his studio one cold, rainy night (in Vida, Oregon) to record four songs specifically for me but strange things happened that night. Coffee got spilled into the mixing console and, having bounced tracks from one machine to another all night, when they finally decided to listen to the results one last time before wrapping the session, the tape somehow had become completely blank - 20 minutes of silence - except for the last line of 'Old Friends', the final song, which states: "That's all I have to say". Marty Hall, who helped Mickey with the recording says his digital watch and the clock in Mickey's studio had gone backwards one hour, too.
It's a good read - well worth getting - but make sure you have some of his albums to accompany it. You'll want to hear what's being written about and there's no better place to start than with the box set at this site 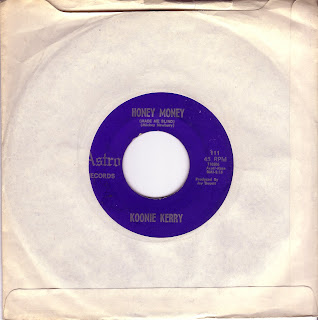 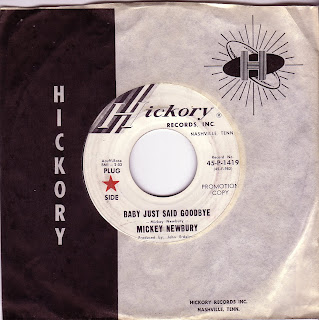 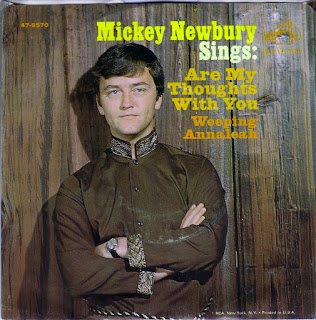 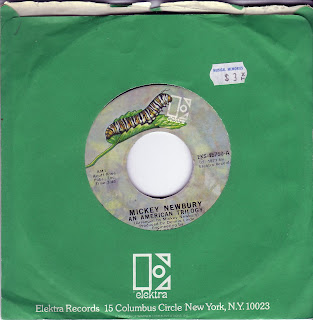 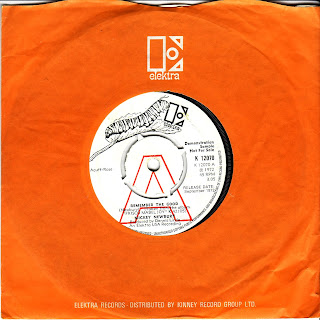 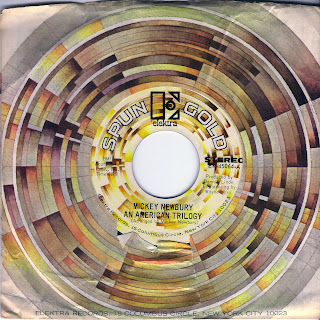 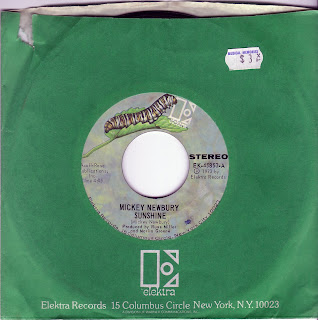 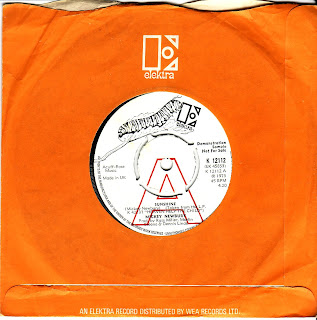 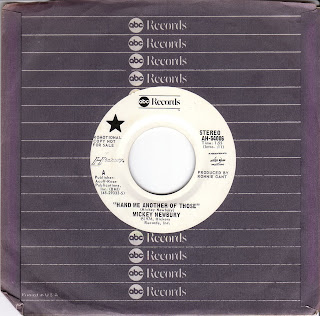 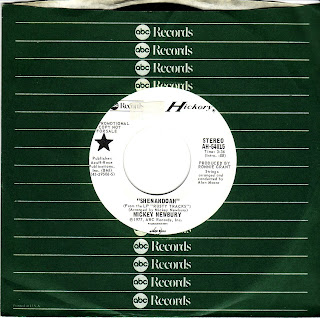 'Shenandoah' b/w 'Makes Me Wonder If I Ever Said Goodbye'
Hickory, 1977 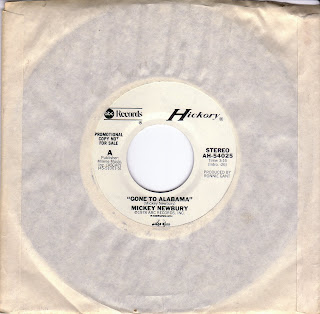 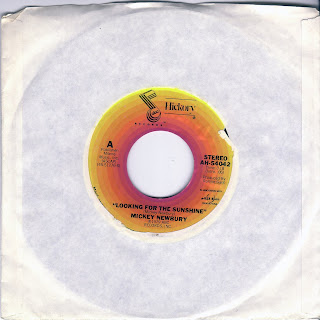 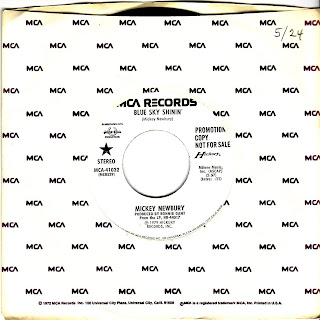 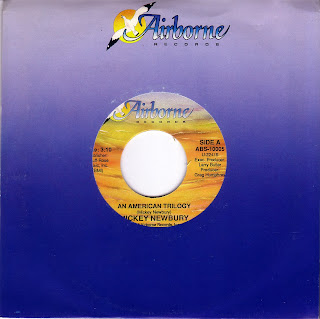 Come to think of it I may have delivered you some of those tapes (WEA & Essex Music). By coincidence I was only last week trying to get back my two lost Mickey Newbury records (Frisco Mabel Joy & Heaven) so your posting made me smile, in particular your references to background sounds - it built upon with my distant view/image of the US. I was always fond of the orchestral stuff, which made up for what amount to some downbeat themes - but it is the honesty that shines through.

Thanks for North Fork, it has revitalised my interest in music ! I listen to it on a slow connection...rather like reviving the art of listening to Caroline on a mini radio at night.

that hit home!
thanks, Graham. For me it was Radios Geronimo and London.
Glad the Mickey Newbury piece struck a chord. I'm (kind of) on a mission at the moment. More people should know just how great many of his records were. Starting with those two...
all the best, ht

Thanks for sharing your memories. Back in the 70's I was a disc jockey and wanna be songwriter in a small town not too far out of Nashville. Several years earlier I had discovered Mickey's music and would squeeze it in whenever I could without getting caught by the manager, in that he was neither fish nor foul of music formats then. I recall the station engineer telling me he had seen him play once in Nashville and it was the most amazing performance he said he had ever seen. Now I sit about 50 miles north of his Oregon home, wishing I had been able to see him perform.